A fusion of paint, charcoal and neon- some of the media used in this latest collection. Ancient and modern themes married together - contemporary people and place with pathways into the sedimentary layers of deep time. It seems Dorset has been personified.Vitality seems all the more evident through the powerful presence of 185 million years of geological history. Laying back on living soil, the newest layer of the landmark defining Jurassic Coast, and dreaming of what’s beyond the blueness of the sky, puzzling rainbows and transience is the inspiration for this exhibition. 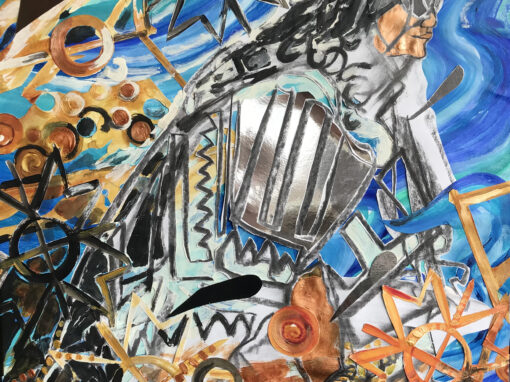 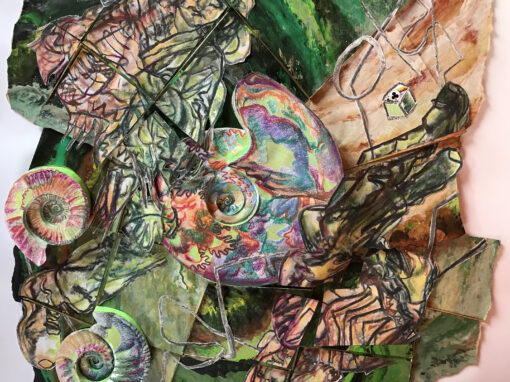 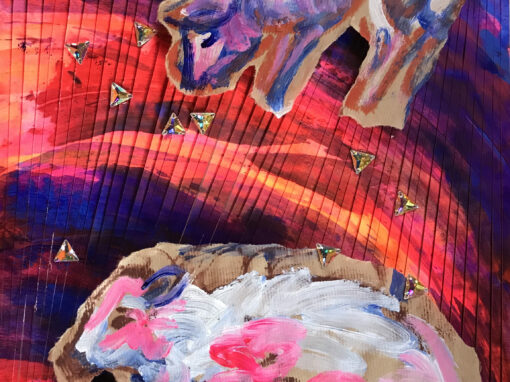 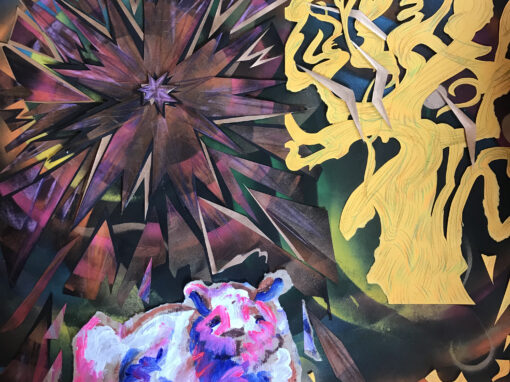 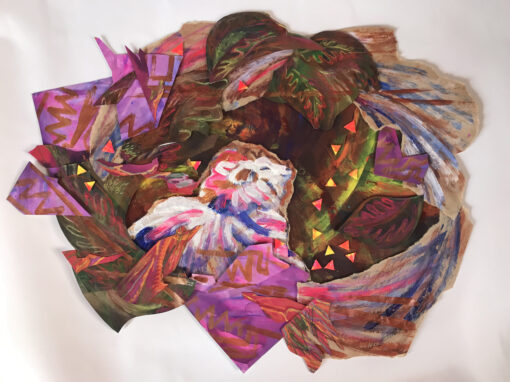 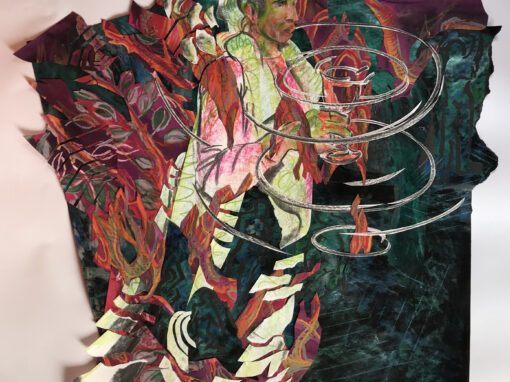 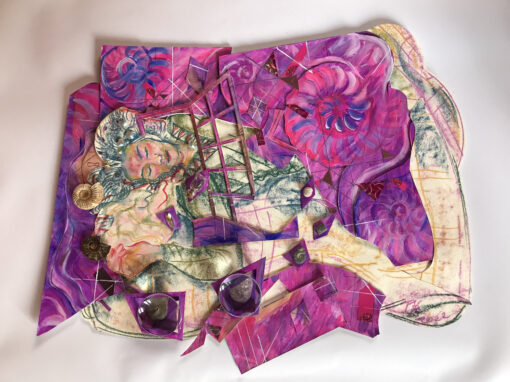 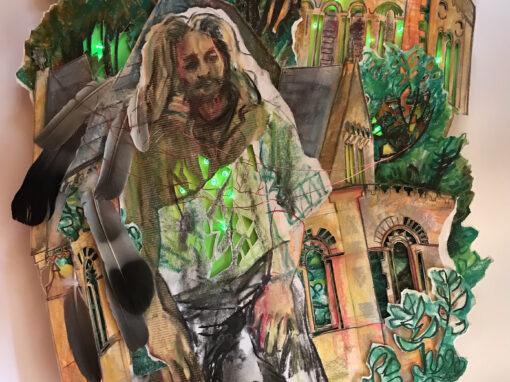 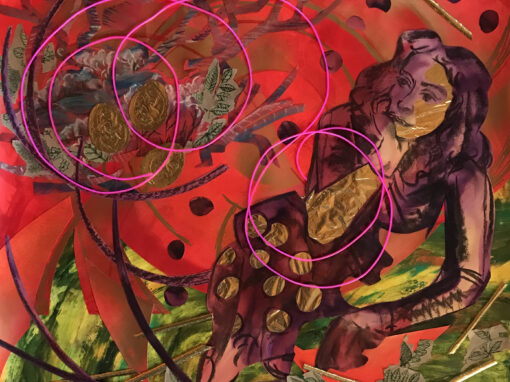 Destruction For Lift - Off

This collection began with a piece called “Paper Flowers”. It is a room I used to live in a long time ago. The only flowers that could grow there were made of paper. The only stairs there to climb led somewhere out of the frame.We all have a dual existence: the physically perceived way of living that runs alongside an internal dialogue. These two reels often play the same piece of film, but at times they digress from each other, neither one switching off but the outer one certainly not representative of the inner. 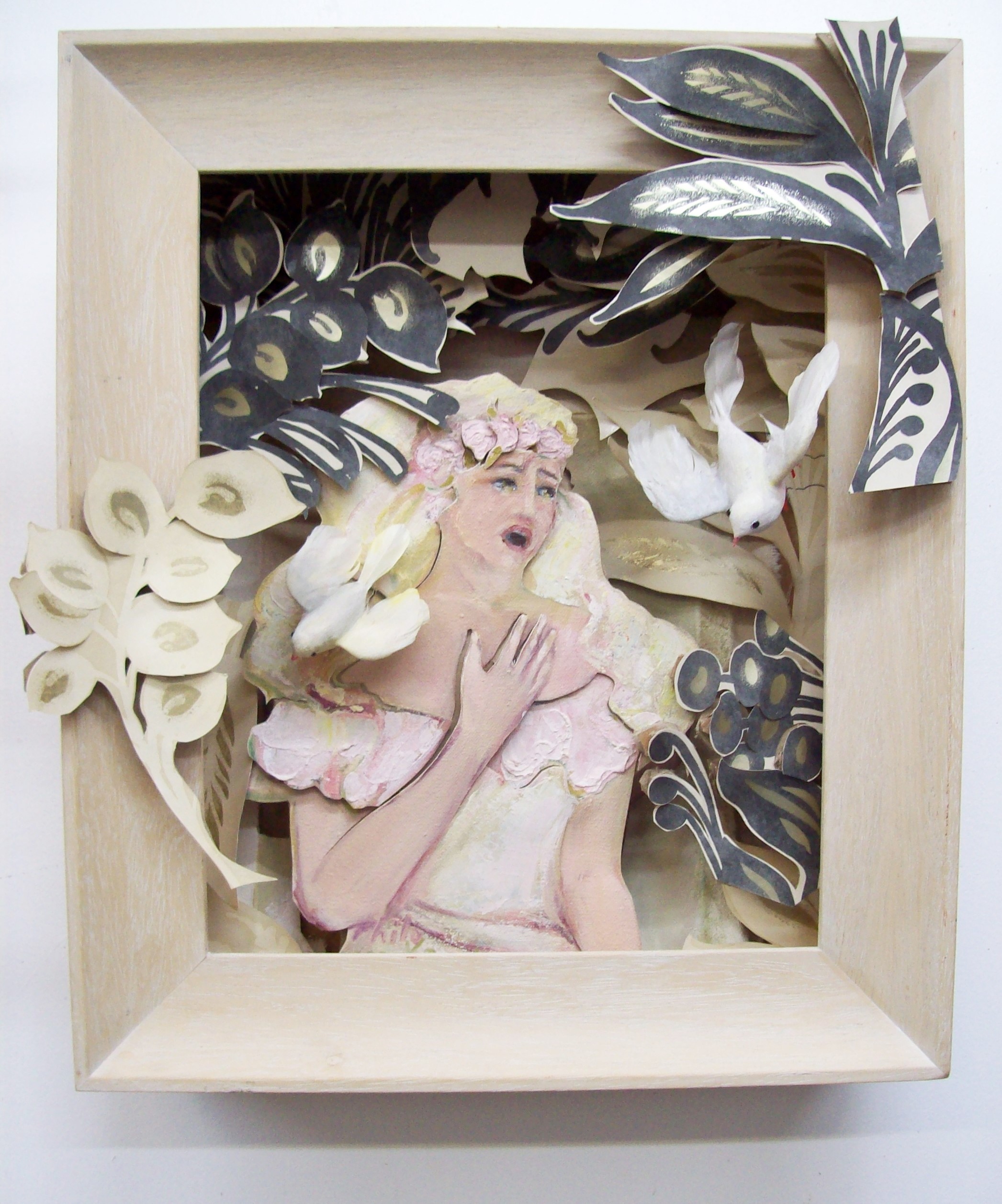 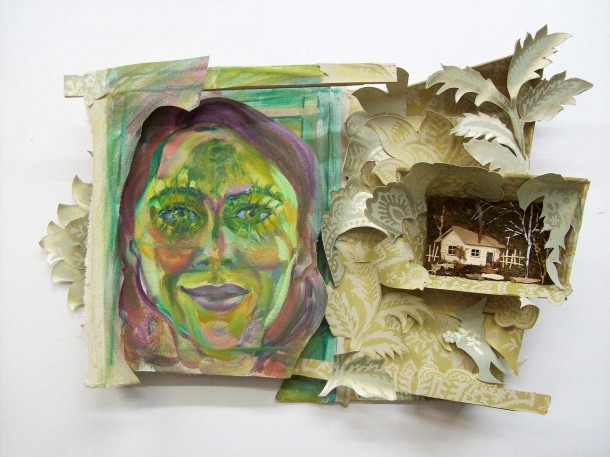 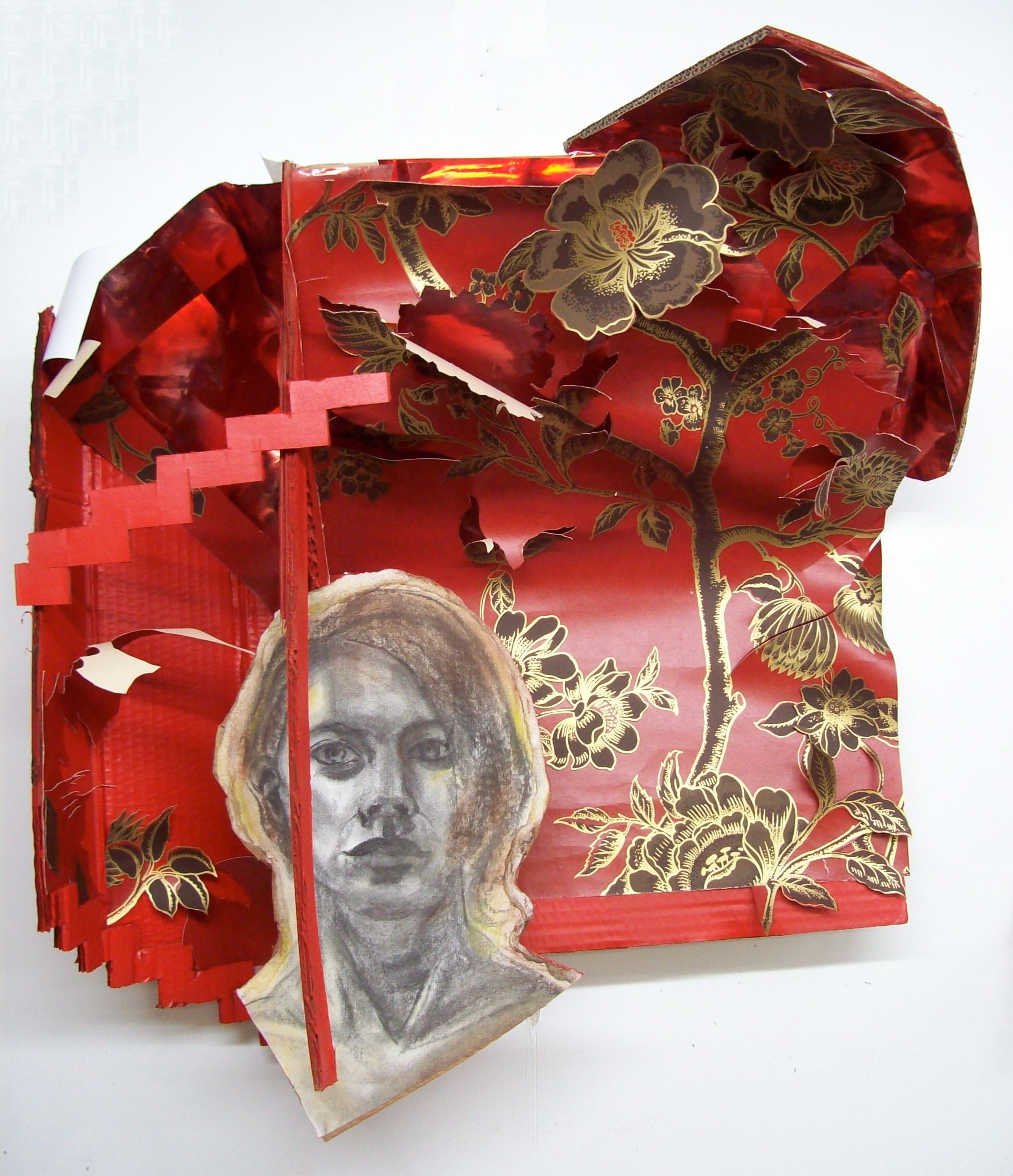 This exhibition at “Le Vieux Four” patisserie, in Beaminster, is about the twin themes of food and stories that people essentially went there for. Working directly from life reveals insightful behavioural characteristics hinting at the bent of the stories being told. This intuitive method feeds into the narrative of the painting just as the building is the people who frequent it and vice versa. 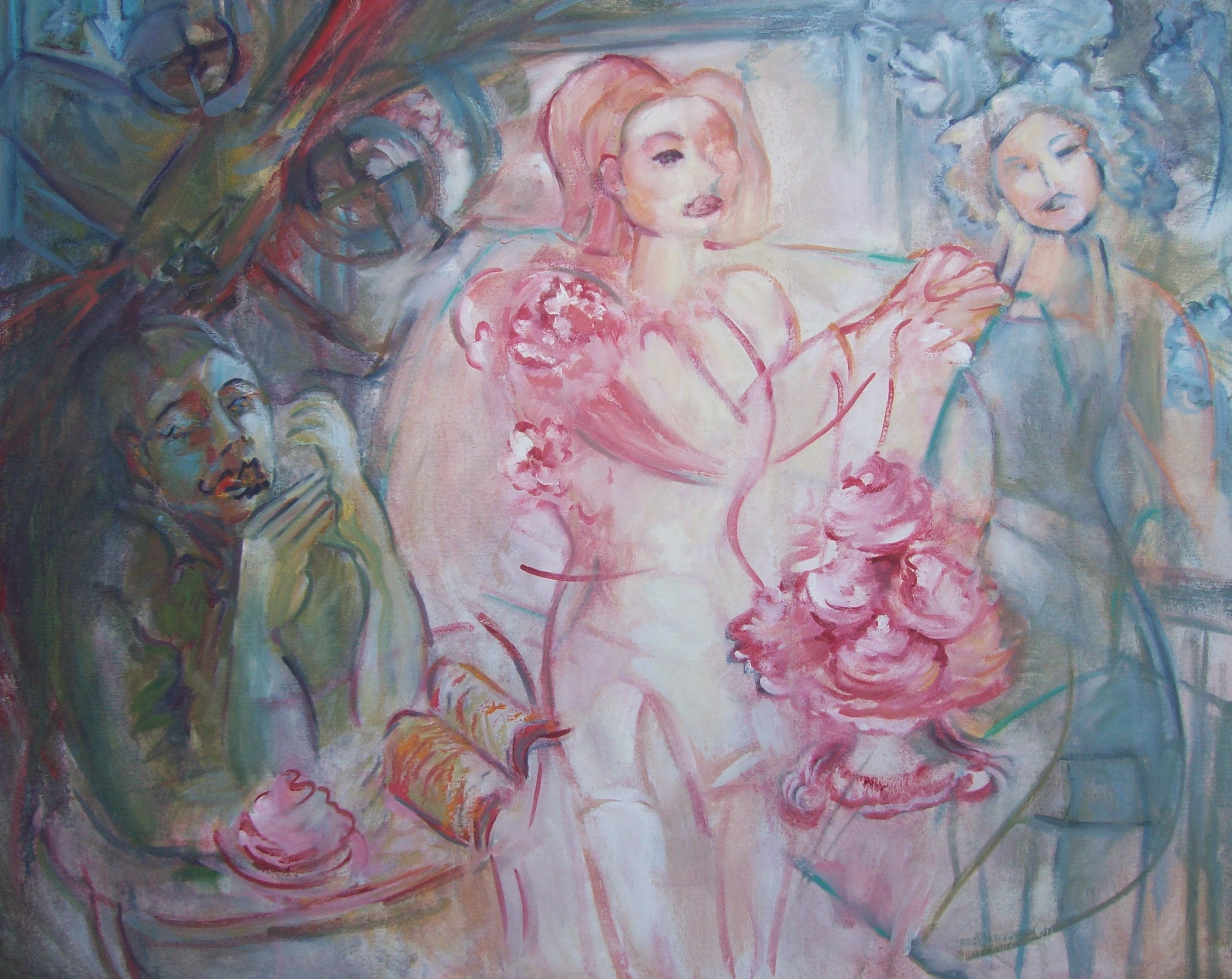 The Orator and the Meringue 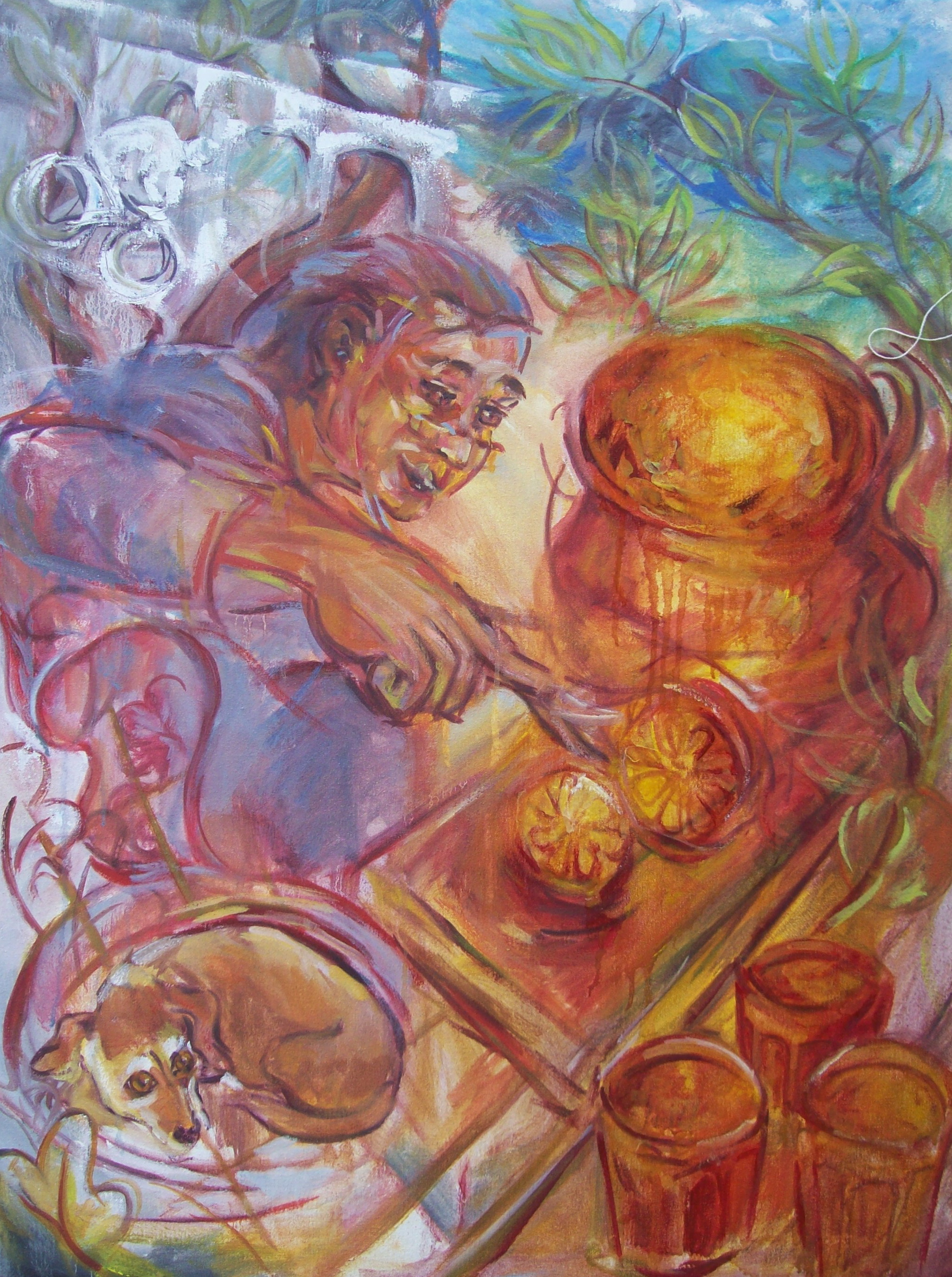 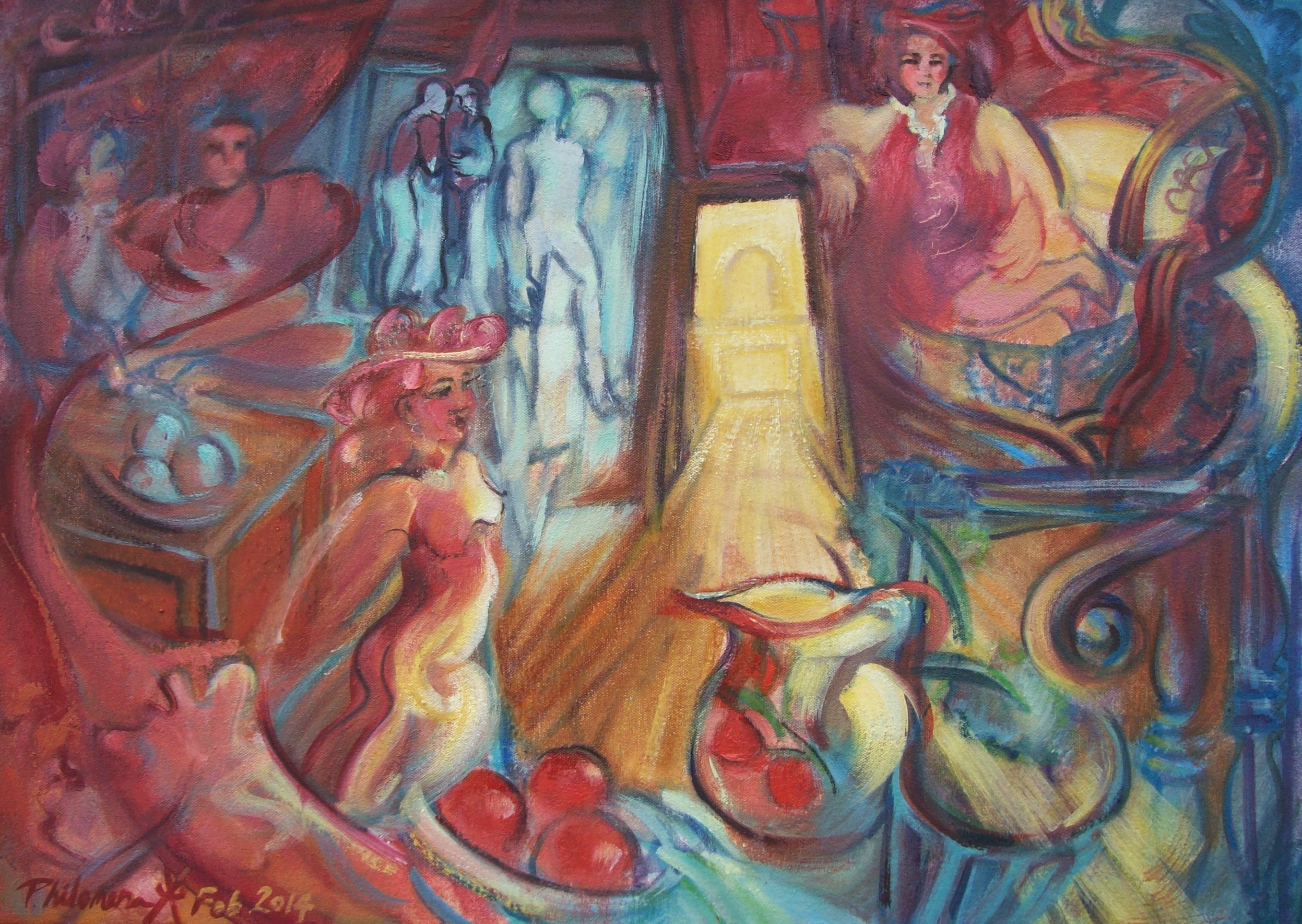 The Silence in Thunder

Artists tap into thunder, like a conducting rod, transforming it into sounds and images. I sketch and paint whilst immersed in the subject matter until I am dreaming the images that I am painting. This series of musicians stem from an impromptu concert I was invited to. What happened was incredible. I was sitting in the front row and felt surrounded by, and part of the music being created. 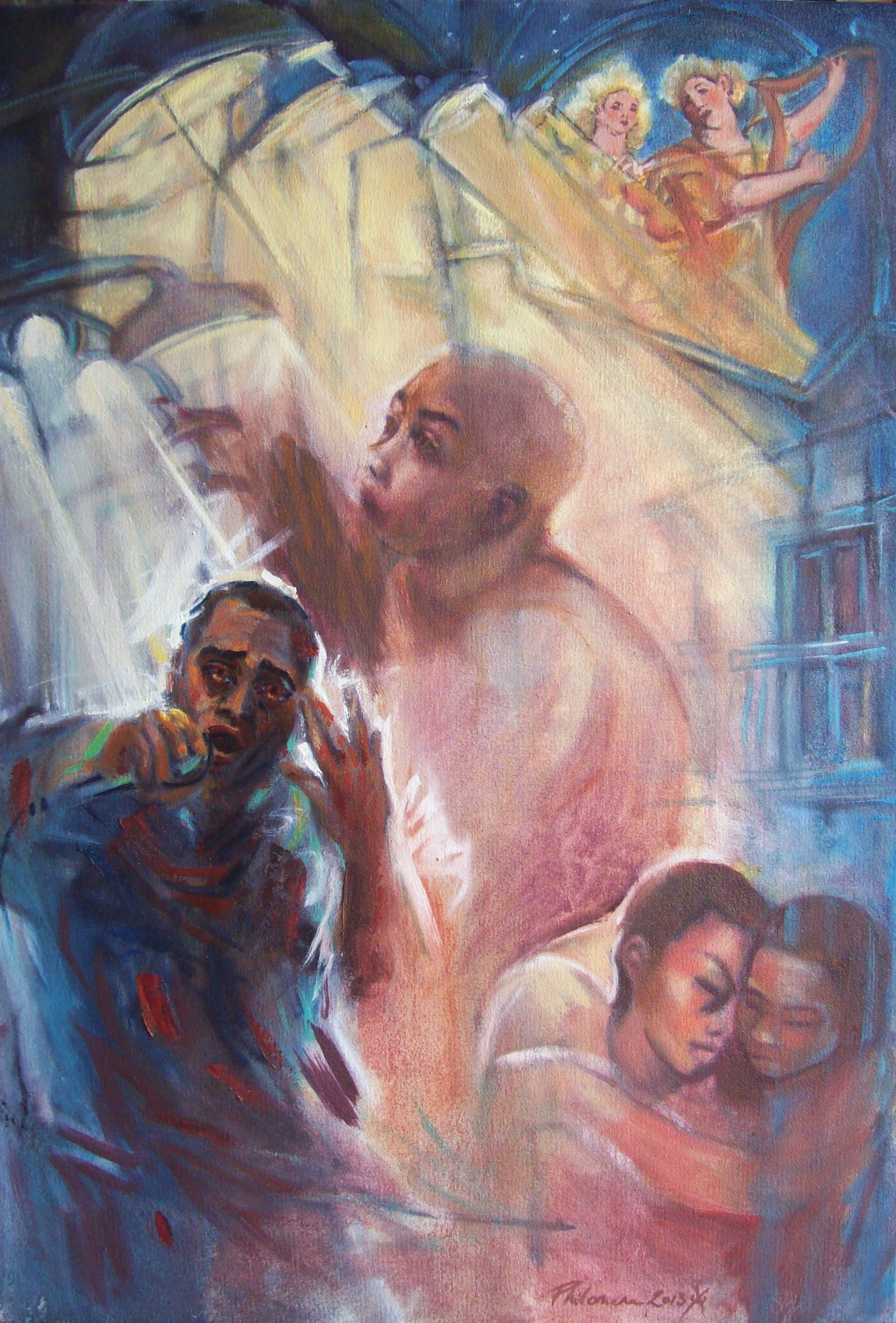 Prayers in the Streetlight 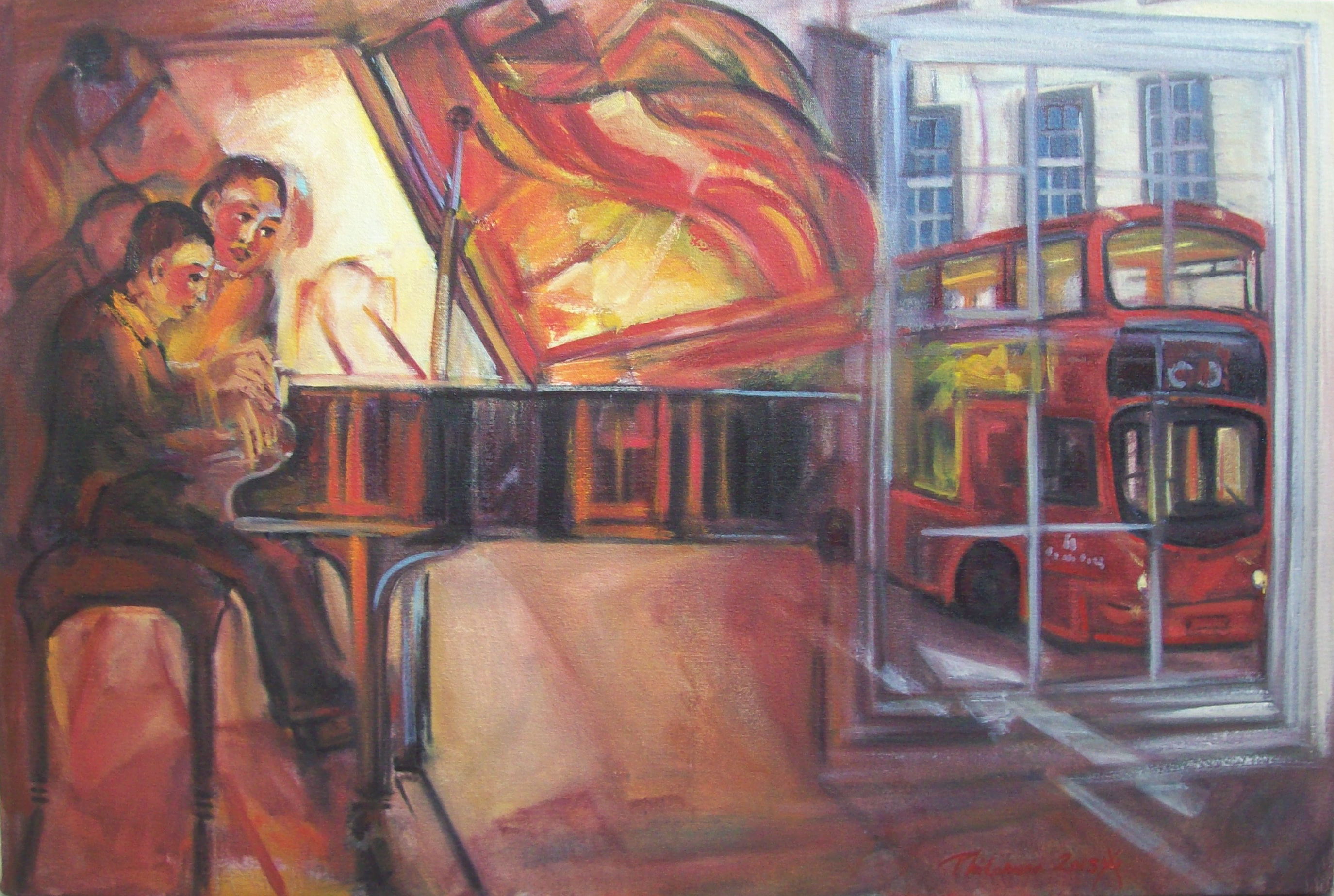 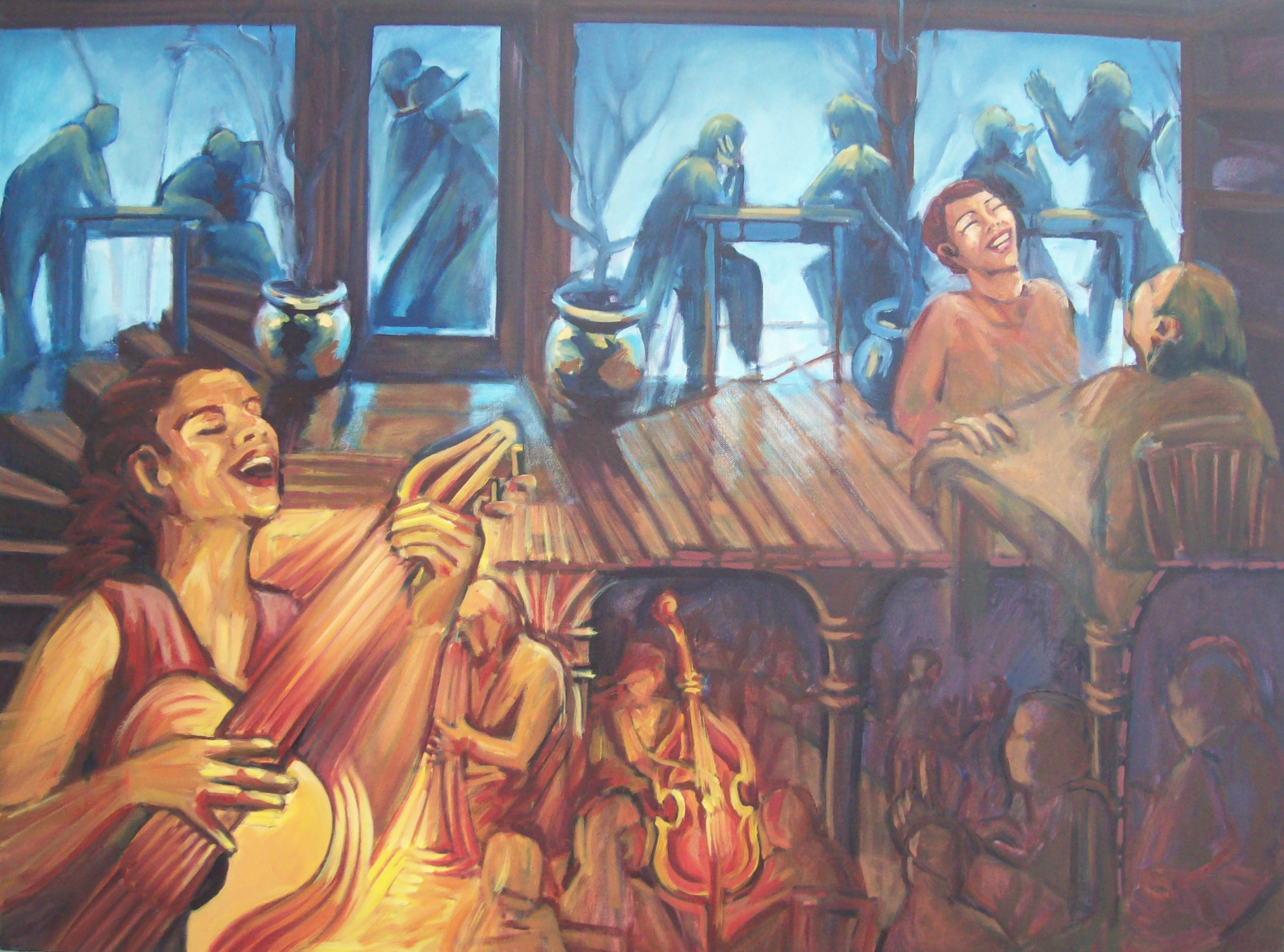 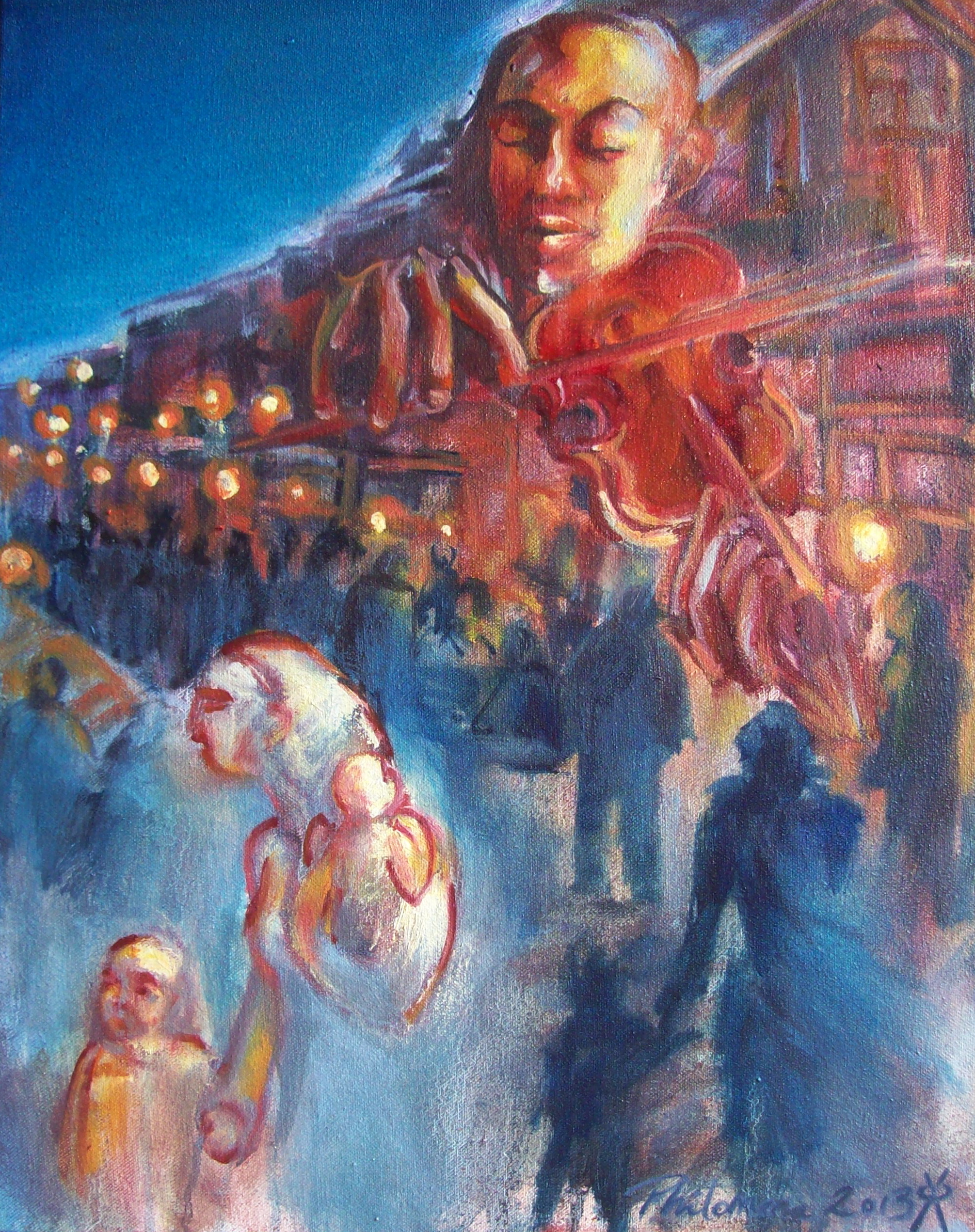 Earth mothers raw with their newborn, interior furnishings of manners and civilisation contrasting reality from the gauzy void of the girl with her dolls on the floor. A girl playing with a doll’s house dressed, with big godly hands, and the truth of the part of the house in Hitchcock-like darkness. A Lorcaesque mother embroidering a story onto the dress of her daughter. 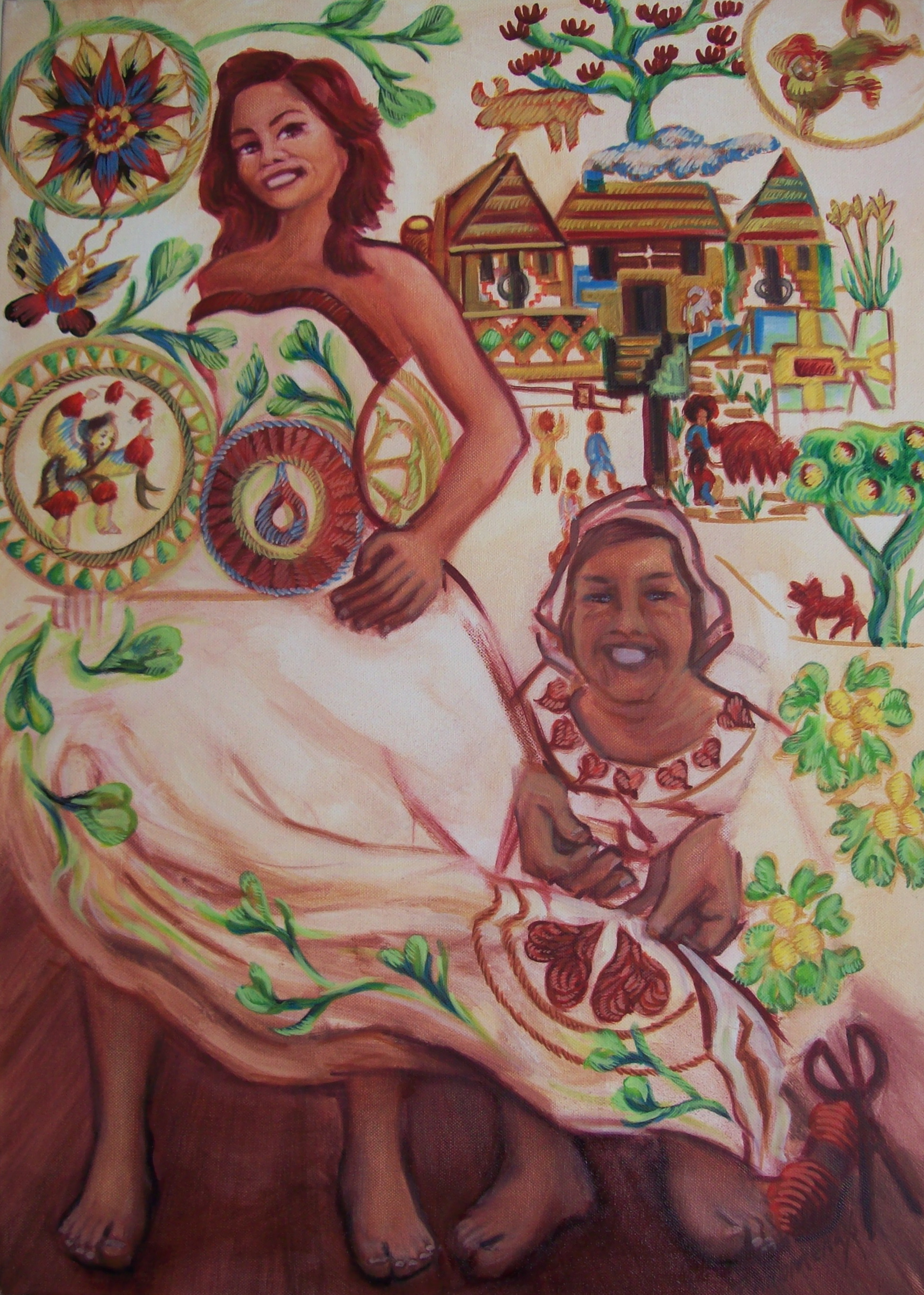 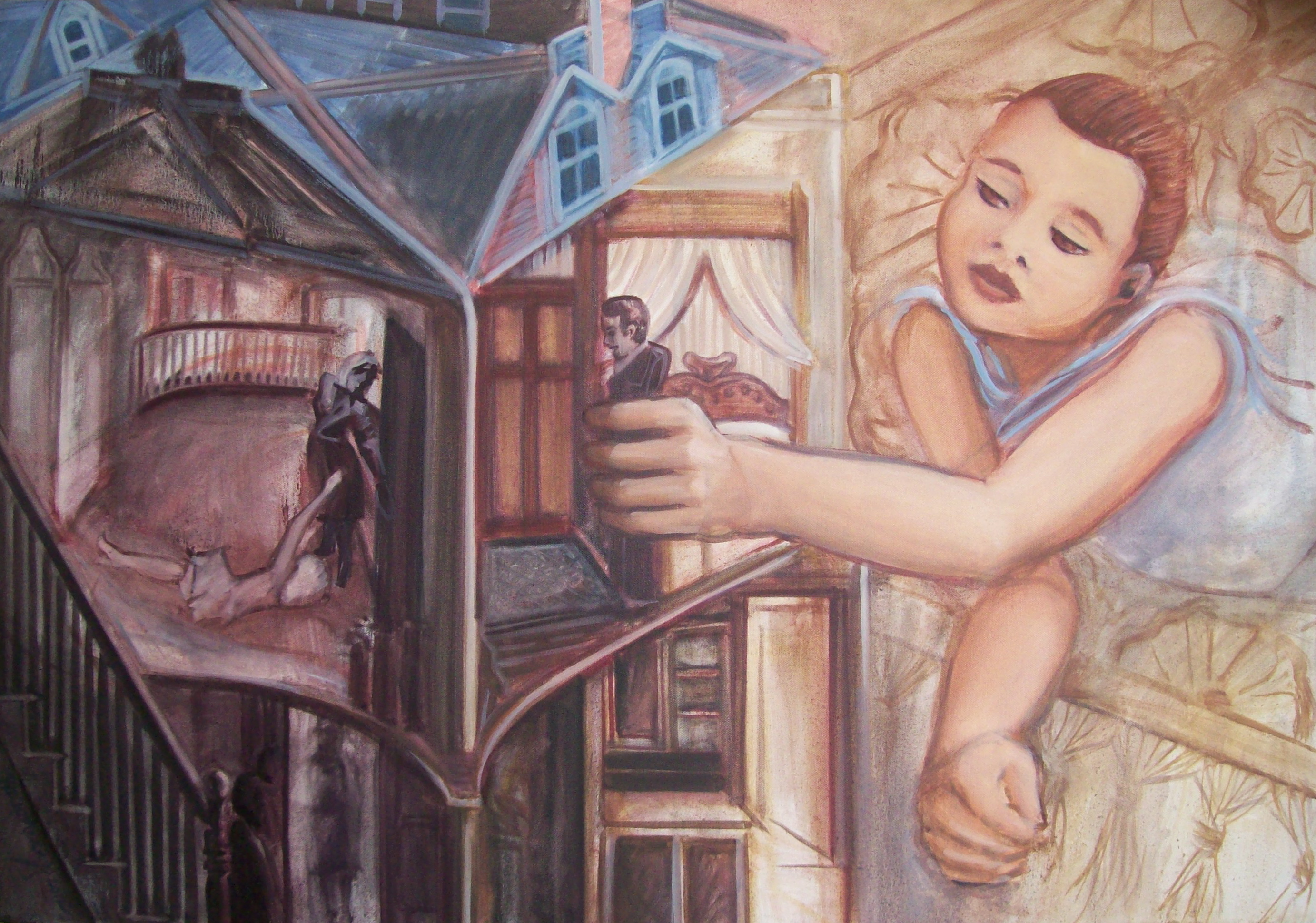 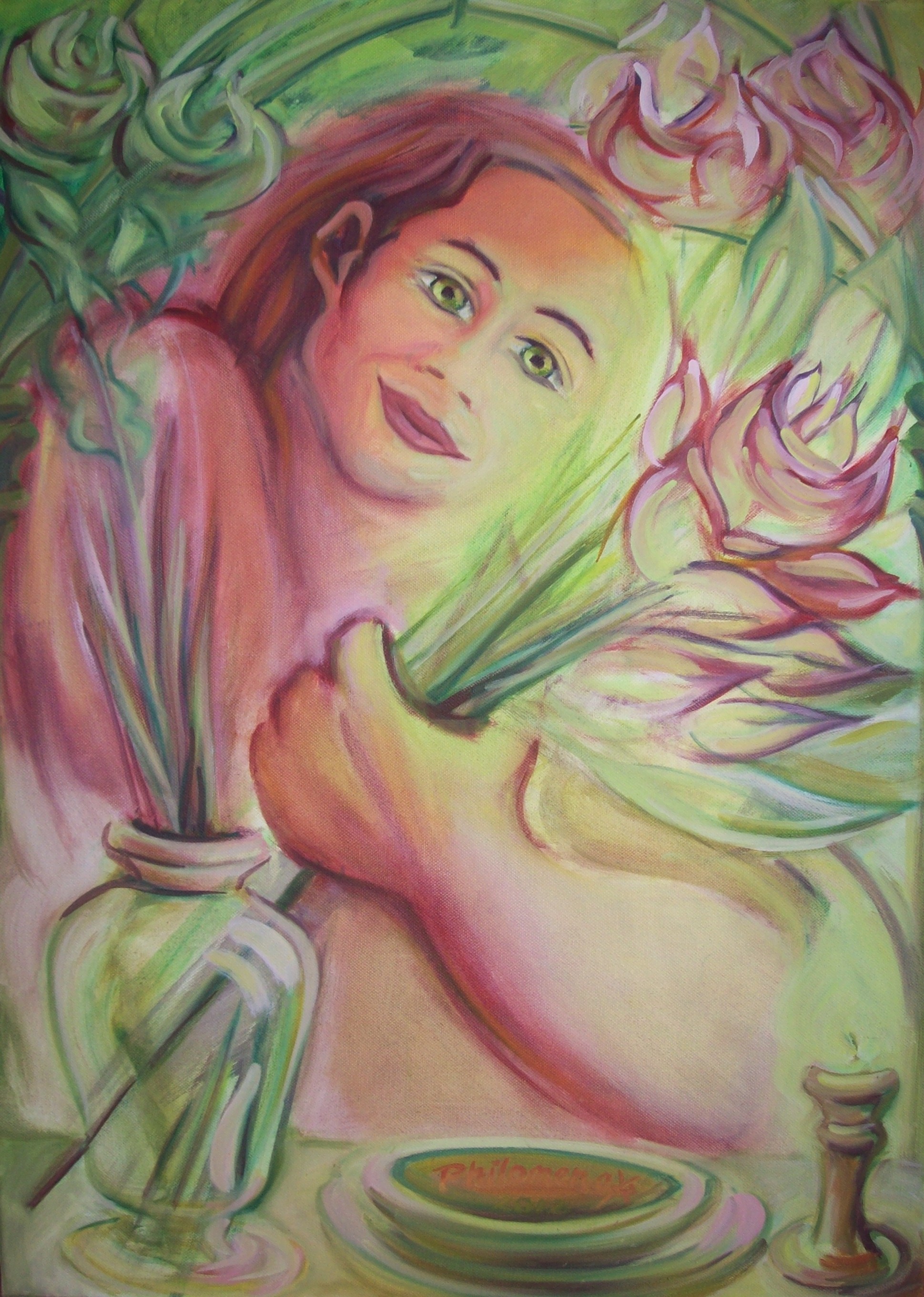 Homage to the Apothecary 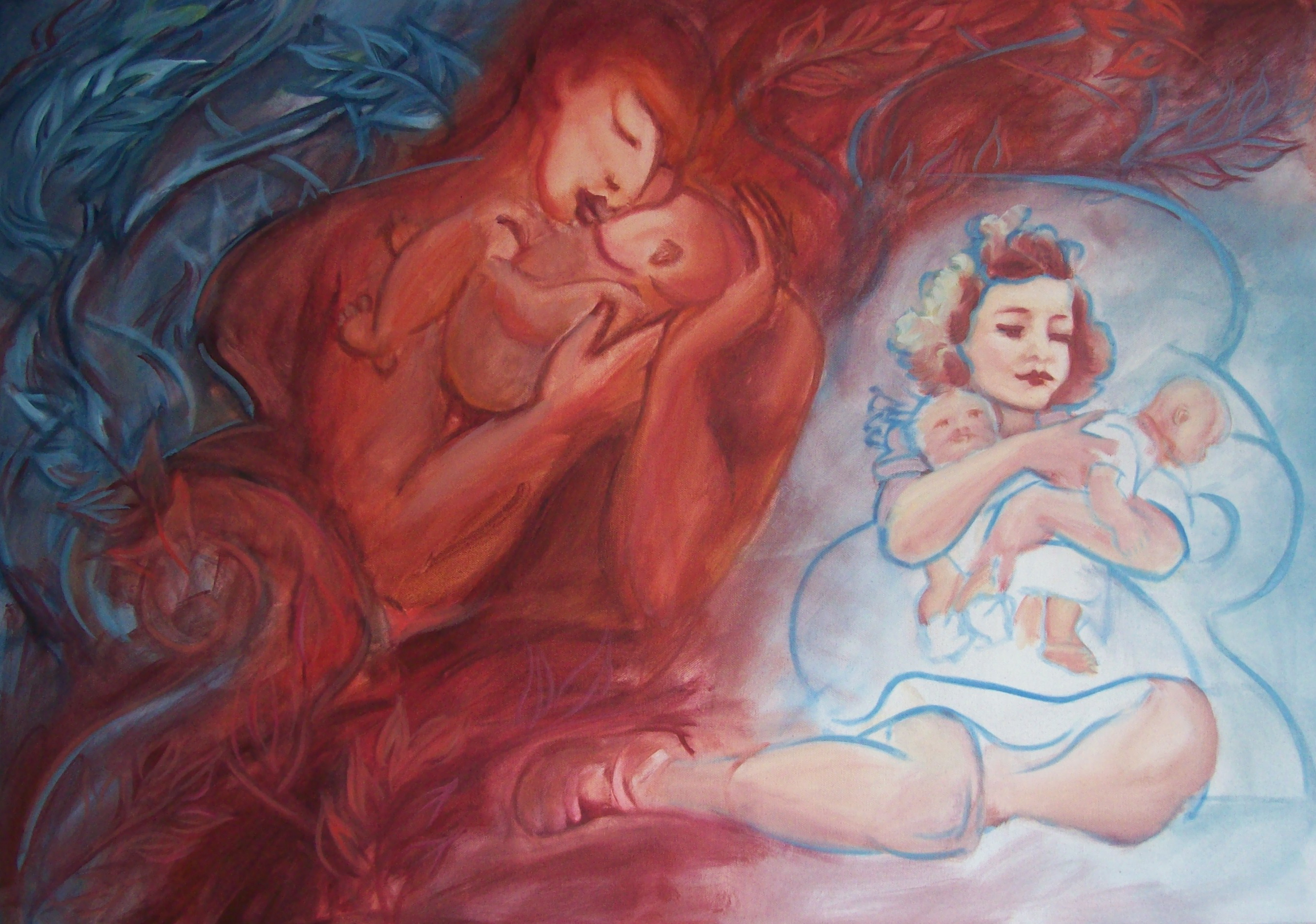 The Series of Four are a continuation and deepening of the Coming Home and Moving On theme. The Series of Four are autobiographical of the four years of life before the pivotal event of moving back to Dorset two years earlier. The first three paintings are a prequel to the previous exhibition "Inside Is". The final piece is about a feeling of freedom, but I have an idea that I may be filling the gap between piece 3 and 4 with sub headings for the rest of my life: it has unearthed huge possibilities… 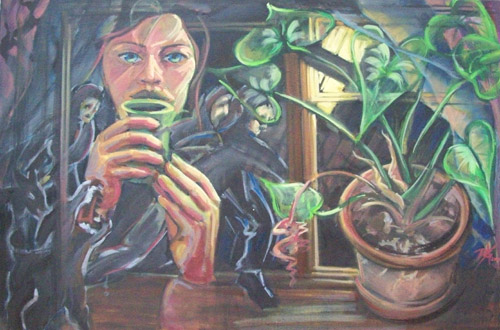 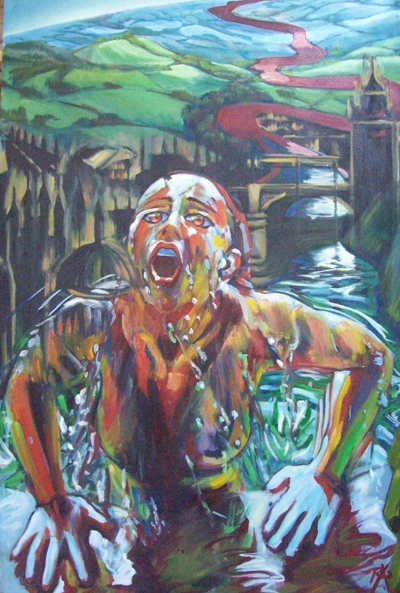 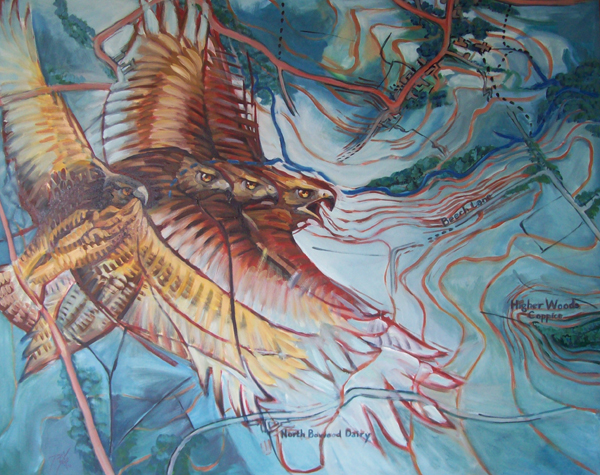