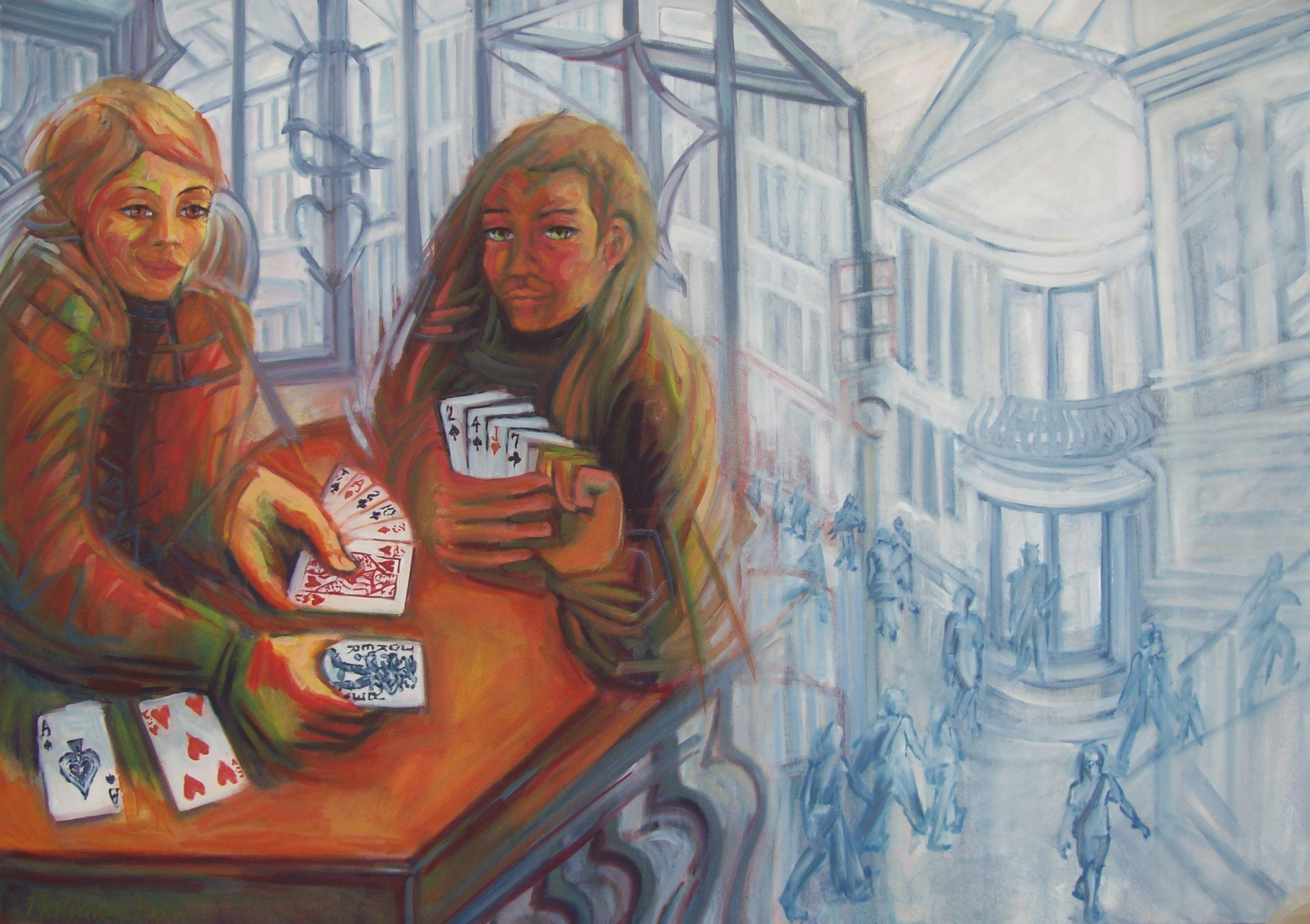 House of Cards” is in response to Cezanne’s glorious “Card Players”. Two women sit at a card game, although it looks like the woman on the left is reading rather than playing cards. The lively painterly effect for the card-playing scene, contrast with the bleached-out street scene. Do the two women preside over the people’s fate?